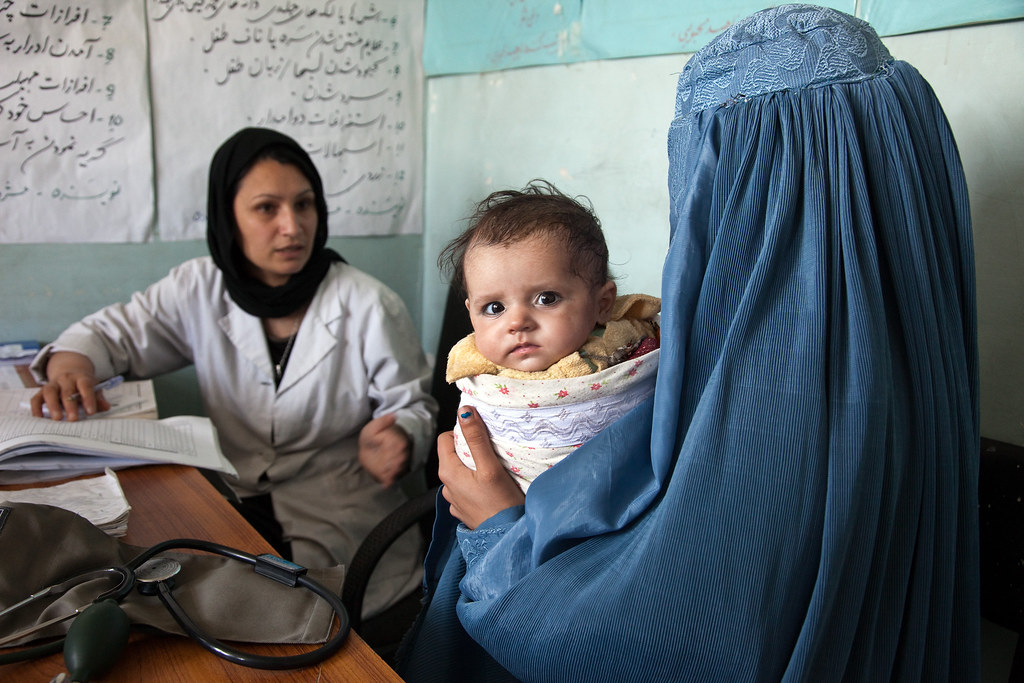 Out of 163 nations, The IEP ranked Afghanistan as the world's least peaceful nation. The prolonged conflict has devastated the socio-economic system of Afghanistan. Despite many efforts by the international community, the region is still suffering from the lack of positive peace structures in place. The Majority of the Afghan population is living in inhumane conditions. Lack of access to clean drinking water, electricity, gas, and other utility services makes daily life in Afghanistan incredibly harsh. The United Nations and several NGOs are working in Afghanistan to improve the deteriorated socio-economic conditions but a majority of the population is still not receiving the resources they need due to conflict. According to the Afghan Ministry of Economy, in 2018 a total of 1,656 NGOs are working in Afghanistan. A total of 2,537 projects were undertaken and spent 876 million USD to improve the living conditions of over 37 million people.  The major spending was in the social protection sector but these projects rarely served populations outside of the capital city, Kabul. To build resilience in these communities, Peacebuilders and leaders must strategize projects to make resources available near these conflict zones.

Join the RAGFP on the 2020 Middle East Peace Education Trip

February 13, 2020. Published by the Rotarian Action Group for Peace. Now that the calendar has flipped to 2020, we have a new year filled with promise and resolutions. If you are like most of us, your plate is filled to overflowing. Do you ever say to yourself, “I wish I could just find a little peace?” In our very busy lives with to-do lists and global unrest, you may feel peace is just impossible. My goal is not to give you one more should, like “you should be peaceful,” or one more item to add to your lists. I just want to show you how small steps can help you add peace to your daily life. The following five tips and tricks are easy and enjoyable ways to impact your — and others’ — lives for the better this new year, a new decade.

January 27, 2020. Tell RI Trustees to add the Environment as a Rotary Area of Focus. It's time to add a new Rotary Area of Focus. Help the Environmental Sustainability Rotarian Action Group (ESRAG) tell Rotary International Trustees to add "Ensuring Environmental Sustainability" to Rotary's Six Areas of Focus. Because all life on Earth relies on the health of our environment, the RAGFP supports ESRAG's position that Rotarians cannot fully serve humanity and peace if Rotary does not also focus on the wellbeing of the planet. From human rights violations to the impacts of climate change, Rotary and Makerere University are offering a postgraduate certificate program to peace and development leaders who are from or who have worked in Africa to address the underlying challenges to peace in the region.

It's 2020-- do you have a clear vision for Peace? January is a time to reset our resolutions, aim our sights on new goals, and motivate one-another to make the new year grand. As peacebuilders, we always want to pursue Peace in our communities, but sometimes the task seems daunting. The Rotarian Action Group for Peace is here to help you with our shared mission for Peace. To motivate your Peace resolution for the new year, here's a list of steps that you and your Rotary Club can accomplish to Wage Peace in your community with the RAGFP.